With soil investigation works continuing in the lead up to the confirmation of the Cross Island Line's (CRL) alignment, we've noticed more works on the western side of Ang Mo Kio. As these boreholes are located along Ang Mo Kio Avenue 6, which is also the corridor for the North South Expressway (NSE), a bit more time was taken to ensure that the boreholes found were matched to contracts for the CRL.


In addition to matching the boreholes to CRL contracts, online research showed there would be some degree of integration between the works for the expressway and the CRL. An excerpt taken from an architect's profile shows that contract N109 for the NSE includes an MRT project. 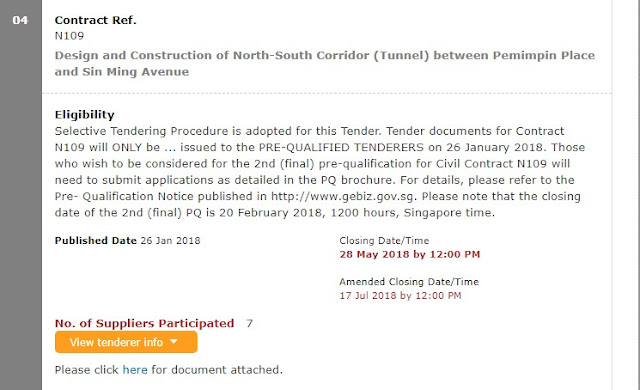 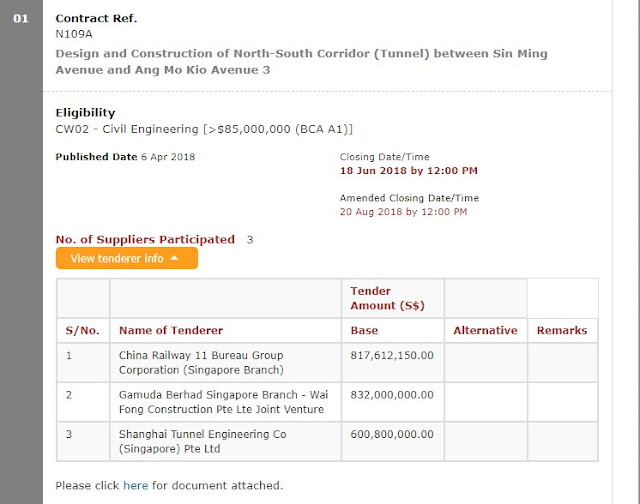 In knowing that the CRL will ultimately terminate its eastern leg at Bright Hill, it is unlikely that the line will traverse through the stretch covered by contract N109 and is more likely to be part of contract N109A instead. Additionally, the three companies that have bid for contract N109A all have some degree of experience in railway projects - China Railway 11 Bureau Group had completed parts of the Tuas West Extension on the East West Line, Gamuda Berhad had completed Malaysia's Sungai Buloh - Kajang MRT line and Shanghai Tunnel Engineering has been involved in several MRT projects in Singapore, which includes parts of the Tuas West Extension and Newton and Promenade stations on the Downtown Line. As the timeline for both the expressway and CRL projects fall in a similar timeline of completion between 2026 and 2030, it makes sense for construction of both projects to proceed concurrently.


This would be similar to the case of Rochor station on the Downtown Line, where the MRT contract included the construction of future tunnels for the same expressway. Below are some of the boreholes which were matched to CRL contracts.